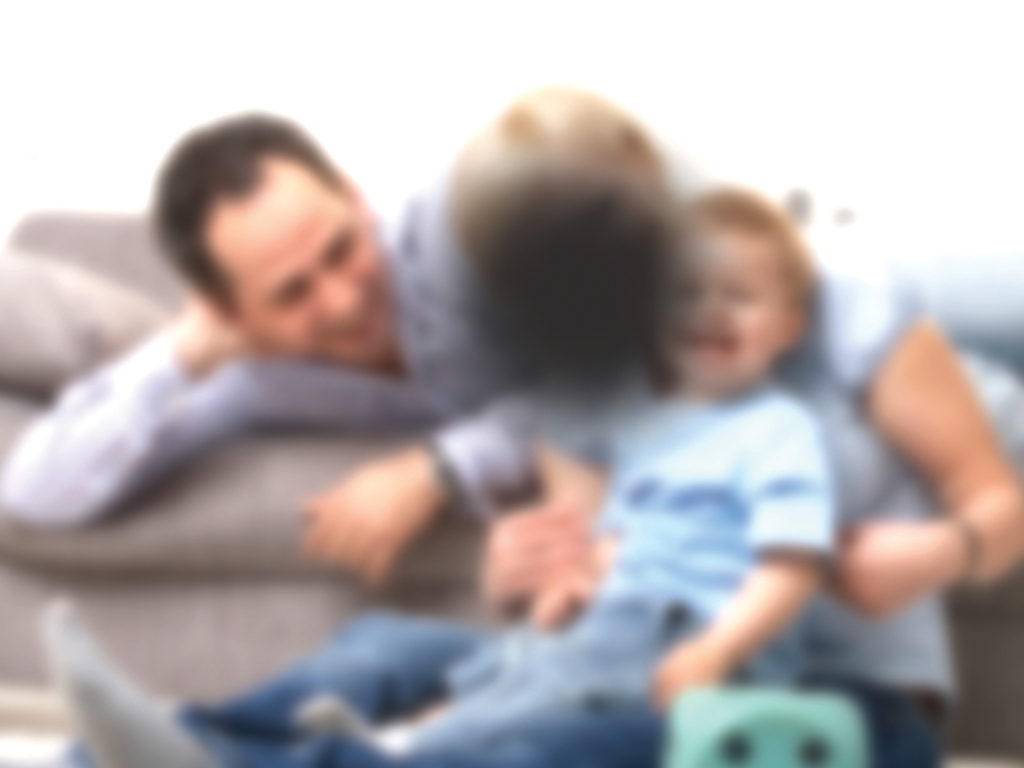 What Is Macular Degeneration?

Macular degeneration is an eye disease that affects the macula, or the central portion of the retina.

It’s often indicated by the accumulation of drusen, which are yellow deposits beneath the retina. The retina is located in the inside back layer of the eye.

The macula is made up of millions of light-sensing cells that provide sharp, central vision. It’s the most sensitive part of the retina.

The retina converts light into electrical signals and transmits these signals through the optic nerve to the brain, which converts them into actual images, allowing you to see.

When the macula is damaged, the center of your field of vision may appear blurry, distorted, or dark.

Macular degeneration affects more than 10 million people in the United States, and is the leading cause of vision loss – more than cataracts and glaucoma combined, according to the American Macular Degeneration Foundation.

Macular degeneration doesn’t tend to cause total blindness, as it doesn’t affect peripheral vision. But it can significantly interfere with daily activities — such as the ability to drive, read, write, cook, do certain chores, or recognize faces or colors.

It’s possible to have macular degeneration in only one eye, or to have a more severe form of the disease in one eye than the other.

There are several different types of macular degeneration, which are explained in the following sections.

Age-related macular degeneration (AMD) is a leading cause of vision loss in people ages 50 and older.

The disease is most likely to occur after age 60, but it can occur earlier.

AMD is more common in white people than in black or Hispanic people.

You’re also at higher risk for AMD if you have a family history of the condition.

While there are several genes linked to the development of AMD, it’s unclear whether genetic tests can accurately predict your risk for the condition.

AMD progresses more rapidly in some people than in others. There are three general stages of the disease:

Early AMD In this pre-symptomatic stage, your macula develops medium-sized drusen (about the width of a human hair), but you may not notice any vision loss. The drusen will be noticeable in a routine eye exam.

Late AMD In this stage, you develop medium to large drusen in your macula and, as a result, noticeable vision loss.

AMD has few symptoms in the early stages, so it’s important to have your eyes examined regularly.

If you have late AMD in one eye only, you may not notice any changes in your overall vision. In fact, you may still be able to drive, read, and see up close.

But having late AMD in one eye means puts you at increased risk for late AMD in your other eye.

If you develop early AMD, you won’t necessarily progress to late AMD. Research shows that people with early AMD in one eye, and no signs of AMD in the other eye, have about a 5 percent chance of progressing to late AMD after 10 years.

If you have early AMD in both eyes, you have about a 14 percent chance of developing late AMD in at least one eye after 10 years.

Dry AMD, or geographic atrophy, is a type of late AMD.

In eyes with dry AMD, the light-sensitive cells in the macula and supportive tissue beneath it gradually break down, resulting in vision loss.

The disease is most common in people over age 65.

Dry AMD has been linked to both genetic and environmental factors, including smoking and diet.

It usually affects both eyes. If dry AMD affects only one eye, you may not notice any changes in your vision because your healthy eye may compensate for the affected eye.

Dry AMD can progress to wet or neovascular macular degeneration, another less common but more severe and rapidly progressing type of late AMD.

Of all people with AMD, only 10 percent have the wet form.

Wet AMD can develop in one of two ways.

In some cases, vision loss is caused by abnormal blood vessel growth, from the choroid underneath and into the macula. This is called choroidal neovascularization.

The choroid is the layer of blood vessels between the retina and the sclera, the outer layer of the eye.

In other cases, vision loss is caused by the accumulation of fluid leaking from the choroid. This fluid can collect between the choroid and the RPE, causing a bump in the macula.

It’s possible to have both dry and wet AMD in the same eye, and either condition can appear first.

Stargardt disease is a form of macular degeneration caused by the death of photoreceptor cells in the macula.

It’s named for German ophthalmologist Karl Stargardt, who reported the first known case of the disease in 1901.

Stargardt disease is a unique form of macular degeneration in that it affects children and teens.

The disease typically strikes both eyes and develops in people between the ages of 6 and 20.

At first, young people with Stargardt disease will experience difficulty reading or adapting to bright light.

Stargardt disease is linked to a mutation in the ABCA4 gene, which causes the production of a protein that blocks the normal passage of food and waste to photoreceptor cells.

As a result, flecks of waste deposits called lipofuscin accumulate in the eye’s retinal pigment epithelium (RPE), leading to damage.

If both parents carry the ABCA4 mutation, there’s a 25 percent chance that a child will have the condition.

There’s no cure for Stargardt disease, but its symptoms can be managed with intraocular injections, which can slow its progression.

Proper nutrition and use of eye protection (including sunglasses that block UVA, UVB, and blue light) may also reduce your child’s risk for the disease or delay its progression.

Excessive amounts of vitamin A — normally a beneficial nutrient for visual health — can be toxic to the eyes of people with Stargardt disease because their eyes can’t metabolize the nutrient.

The condition usually doesn’t lead to total blindness, but it often requires the use of vision aids to maximize peripheral vision.

The exact cause of all forms of macular degeneration is unknown, but the disease has been linked to both genetic and environmental factors.

Risk factors for macular degeneration include:

Several genes have been linked to macular degeneration (such as the ABCA4 gene as discussed above), but research in this area is still in its early stages.

Studies have shown that smoking cigarettes or being regularly exposed to smoke significantly increases your risk of macular degeneration.

Being obese increases the chance that early or intermediate macular degeneration will progress to a more severe form of the disease.

Finally, if you have a history of heart disease or stroke, you may also be at higher risk for macular degeneration.

Different forms of macular degeneration have slightly different symptoms. The basic symptoms of the disease are:

Visit your eye doctor if you notice changes in your central vision, or in your ability to see colors and fine detail — especially if you’re 50 or older.

As AMD progresses, the blurred area near the center of your vision may grow larger, or you may develop blank spots in your central vision.

To confirm a diagnosis of macular degeneration, your eye doctor may perform several tests:

Basic eye examination An examination of the back of your eye will most likely come first. After dilating your pupils with eye drops, your doctor will check for damage caused by drusen or fluid accumulation.

Amsler grid To check for defects in the center of your vision, your doctor may use a test called an Amsler grid. If you have macular degeneration, some of the straight lines in the Amsler grid will look faded, broken, or distorted.

Fluorescein angiography In this test (a variant of which is called indocyanine green angiography), your doctor will inject a colored dye into a vein in your arm that will travel to the blood vessels in your eye, highlighting them.

Your doctor will then use a special camera to takes picture as the dye travels through your blood vessels, to see if you have abnormal blood vessels or other retinal changes.

Optical coherence tomography (OCT) This is a noninvasive imaging test that produces detailed cross-sectional images of your retina, allowing your doctor to spot areas of thinning, thickening, or swelling.

This test is also used to help monitor how the retina responds to treatment.

There’s no cure for macular degeneration, but several different approaches may be used to treat the condition and slow its progression. These include:

Surgery Some people with advanced dry macular degeneration in both eyes may be candidates for a surgical procedure in which a telescopic lens is implanted in one eye.

The telescopic lens is designed to magnify your field of vision and improve both distance and close-up vision. But the lens tends to have a very narrow field of vision.

Medication If you have wet macular degeneration, certain medications can stop growth of new, abnormal blood vessels in the macula. Drugs used for this purpose include:

In most cases, your doctor will inject these medications into the affected eye or eyes, usually about every four weeks.

If the treatment is effective, you may recover some lost vision as the blood vessels shrink and the fluid under the retina is absorbed.

Risks associated with these injections include hemorrhage, eye pain, “floaters,” increased eye pressure, and eye inflammation. Some of these medications may also increase the risk of stroke.

Your doctor will first inject the drug Visudyne (verteporfin) into a vein in your arm. The drug will travel to the blood vessels in your macula.

Your doctor will then aim a special focused laser at the abnormal blood vessels in your eye, activating the drug. This causes the blood vessels to close, stopping leakage.

You may need multiple treatments over time, since treated blood vessels can reopen.

You’ll also need to avoid direct sunlight and bright lights until the drug has cleared your body, which can take a few days.

Photocoagulation In this treatment, your doctor uses a high-energy laser to seal abnormal blood vessels. This helps stop the vessels from bleeding and minimizes further damage to the macula.

Unfortunately, few people with wet macular degeneration are candidates for this treatment because abnormal blood vessels often develop directly under the center of the macula.

Low vision therapy Many people benefit from seeing a healthcare professional who can help you find ways to adapt to your changing vision, using special eyewear and other assistive devices.

A low vision rehabilitation specialist, an occupational therapist, your eye doctor, or another healthcare professional may be trained in this area.