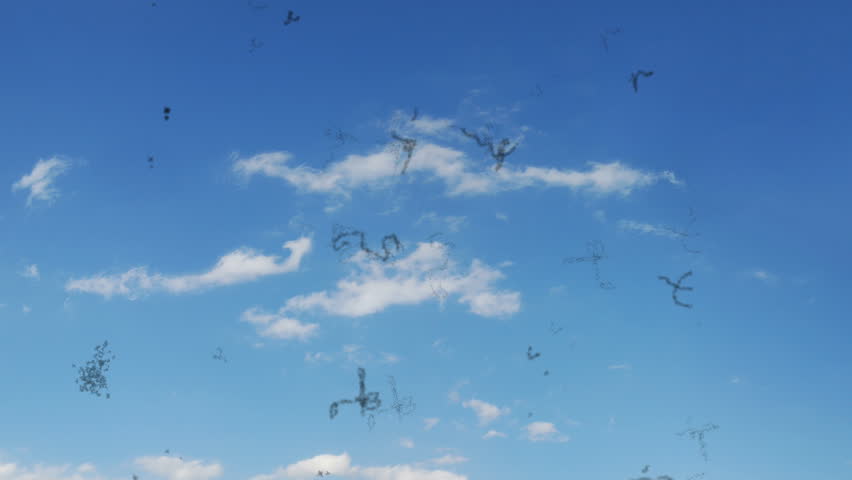 Eye floaters are those tiny spots, specks, flecks and “cobwebs” that drift aimlessly around in your field of vision. While annoying, ordinary eye floaters and spots are very common and usually aren’t cause for alarm.

Floaters and spots typically appear when tiny pieces of the eye’s gel-like vitreous break loose within the inner back portion of the eye.

Eye floaters can be clumpy or stringy; light or dark. They are caused by clumps or specks of undissolved vitreous gel material floating in the dissolved gel-like fluid (vitreous) in the back of the eye, which cast shadows on the retina when light enters the eye.

When we are born and throughout our youth, the vitreous has a gel-like consistency. But as we age, the vitreous begins to dissolve and liquefy to create a watery center.

Some undissolved gel particles occasionally will float around in the more liquid center of the vitreous. These particles can take on many shapes and sizes to become what we refer to as “eye floaters.”

You’ll notice that these spots and eye floaters are particularly pronounced if you gaze at a clear or overcast sky or a computer screen with a white or light-colored background. You won’t actually be able to see tiny bits of debris floating loose within your eye. Instead, shadows from these floaters are cast on the retina as light passes through the eye, and those tiny shadows are what you see.

You’ll also notice that these specks never seem to stay still when you try to focus on them. Floaters and spots move when your eye and the vitreous gel inside the eye moves, creating the impression that they are “drifting.”

When Are Eye Floaters And Flashes A Medical Emergency?

Noticing a few floaters from time to time is not a cause for concern. However, if you see a shower of floaters and spots, especially if they are accompanied by flashes of light, you should seek medical attention immediately from an eye care professional.

Floaters become more mobile and visible as the vitreous liquefies with age and separates from the retina.

The sudden appearance of these symptoms could mean that the vitreous is pulling away from your retina — a condition called posterior vitreous detachment. Or it could mean that the retina itself is becoming dislodged from the back of the eye’s inner lining, which contains blood, nutrients and oxygen vital to healthy function.

As the vitreous gel tugs on the delicate retina, it might cause a small tear or hole in it. When the retina is torn, vitreous can enter the opening and push the retina farther away from the inner lining of the back of the eye — leading to a retinal detachment.

A recent study published in Ophthalmology showed that, among people who experienced the sudden symptom of eye floaters and/or flashes of light, 39.7 percent had a posterior vitreous detachment and 8.9 percent had a torn retina.

Other research has shown that up to 50 percent of people with a retinal tear will subsequently develop a detachment of the retina, which could lead to significant vision loss.

In cases of retinal tear or detachment, treatment must occur as soon as possible so that an eye surgeon can reattach the retina and restore function before vision is lost permanently.

Light flashes known as photopsias can occur when your retina receives non-visual (mechanical) stimulation, which can happen when it is being tugged, torn or detached. These light flashes may appear as lightning bolts, flickering lights or random sparks.

What Causes Eye Floaters And Spots?

As mentioned above, posterior vitreous detachments (PVDs) are common causes of vitreous floaters. Far less commonly, these symptoms can be associated with retinal tears or detachments that may be linked to PVDs.

What leads to vitreous detachments in the first place?

As the eye develops, the vitreous gel fills the inside of the back of the eye and presses against the retina and attaches to the surface of the retina. Over time, the vitreous becomes more liquefied in the center. This sometimes means that the central, more watery vitreous cannot support the weight of the heavier, more peripheral vitreous gel. The peripheral vitreous gel then collapses into the central, liquefied vitreous, detaching from the retina (like Jell-O separating from the inside of a gelatin mold or bowl).

Eye floaters resulting from a posterior vitreous detachment are then concentrated in the more liquid vitreous found in the interior center of the eye.

It’s estimated that more than half of all people will have a posterior vitreous detachment by age 80. Thankfully, most of these PVDs do not lead to a torn or detached retina.

Light flashes during this process mean that traction is being applied to your retina while the PVD takes place. Once the vitreous finally detaches and pressure on the retina is eased, the light flashes should gradually subside.

Ordinarily, light entering your eye stimulates the retina. This produces an electrical impulse, which the optic nerve transmits to the brain. The brain then interprets this impulse as light or some type of image.

When this piece of vitreous separates from the optic nerve, many people will describe a circular, doughnut-shaped floater in their vision.

This ring sometimes will fold in half, creating a floater in the shape of a “J” or “C.”

If the retina is mechanically stimulated (physically touched or tugged), a similar electrical impulse is sent to the brain. This impulse is then interpreted as a “flicker” of light.

When the retina is tugged, torn or detached from the back of the eye, a flash or flicker of light commonly is noticed. Depending on the extent of the traction, tear or detachment, these flashes of light might be short-lived or continue indefinitely until the retina is repaired.

Flashes (photopsias) also may occur after a blow to the head that is capable of shaking the vitreous gel inside the eye. When this occurs, the phenomenon sometimes is called “seeing stars.”

Some people experience flashes of light that appear as jagged lines or “heat waves” in both eyes, often lasting 10-20 minutes. These types of flashes are usually caused by a spasm of blood vessels in the brain.

SEE ALSO: What Is an Ocular Migraine? >

Photopsia also can be a symptom of digitalis toxicity, which can occur particularly in older people who take digitalis or related drugs for heart problems.

Other Conditions Associated With Eye Floaters And Flashes

When a PVD is accompanied by bleeding inside the eye (vitreous hemorrhage), it means the traction that occurred may have torn a small blood vessel in the retina. A vitreous hemorrhage increases the possibility of a retinal tear or detachment. Traction exerted on the retina during a PVD also can lead to development of conditions such as macular holes or puckers.

Vitreous detachments with accompanying eye floaters also may occur in circumstances such as:

Inflammation associated with many conditions such as eye infections can cause the vitreous to liquefy, leading to a PVD.

When you are nearsighted, your eye’s elongated shape also can increase the likelihood of a PVD and accompanying traction on the retina. In fact, nearsighted people are more likely to have PVDs at a younger age.

In the capsulotomy procedure used to treat PCO, a special type of laser focuses energy onto the cloudy capsule, vaporizing the central portion of it to create a clear path for light to reach the retina, which restores clear vision.

Manipulations of the eye during cataract surgery and YAG laser capsulotomy procedures cause traction that can lead to posterior vitreous detachments.

How To Get Rid Of Eye Floaters

Most eye floaters and spots are harmless and merely annoying. Many will fade over time and become less bothersome. In most cases, no eye floaters treatment is required.

However, large persistent floaters can be very bothersome to some people, causing them to seek a way to get rid of eye floaters and spots drifting in their field of view.

In the past, the only treatment for eye floaters was an invasive surgical procedure called a vitrectomy. In this procedure, some or all of the vitreous is removed from the eye (along with the eye floaters within it) and is replaced with a sterile clear fluid.

But the risks of a vitrectomy usually outweigh the benefits for eye floater treatment. These risks include surgically induced retinal detachment and serious eye infections. On rare occasions, vitrectomy surgery can cause new or even more floaters. For these reasons, most eye surgeons do not recommend vitrectomy to treat eye floaters and spots.

Recently, a laser procedure called laser vitreolysis has been introduced that is a much safer alternative to vitrectomy for eye floater treatment. In this in-office procedure, a laser beam is projected into the eye through the pupil and is focused on large floaters, which breaks them apart and/or frequently vaporizes them so they disappear or become much less bothersome.

To determine if you can benefit from laser vitreolysis to get rid of eye floaters, your eye doctor will consider several factors, including your age, how quickly your symptoms started, what your floaters look like and where they are located. If you haven’t established an eye doctor, click here to find one near you.

The floaters in patients younger than age 45 tend to be located too close to the retina and can’t be safely treated with laser vitreolysis. Patients with sizable eye floaters located farther away from the retina are better suited to the procedure.

The ophthalmologist who performs laser vitreolysis also will evaluate the shape and borders of your eye floaters. Those with “soft” borders often can be treated successfully. Likewise, sizable floaters that appear suddenly as a result of a posterior vitreous detachment often can be successfully treated with the laser procedure.

What Happens During Laser Treatment

Laser vitreolysis usually is pain-free and can be performed in your ophthalmologist’s office. Just prior to the treatment, anesthetic eye drops are applied and a special type of contact lens is placed on your eye. Then, the doctor will look through a biomicroscope (slit lamp) to precisely deliver the laser energy to the floaters being treated.

During the procedure, you might notice dark spots. These are pieces of broken up floaters. The treatment can take up to a half hour, but it’s usually significantly shorter.

At the end of the procedure, the contact lens is removed, your eye is rinsed with saline and the doctor will apply an anti-inflammatory eye drop. Additional eye drops may be prescribed for you to use at home.

Sometimes, you may see small dark spots shortly after treatment. These are small gas bubbles that tend to resolve quickly. There also is a chance that you’ll have some mild discomfort, redness or blurry vision immediately after the procedure. These effects are common and typically won’t prevent you from returning to your normal activities immediately following laser vitreolysis.

Your doctor will usually schedule follow-up for the following day. At that time, you may need a second treatment.

If you are bothered by large, persistent eye floaters, ask your eye doctor if laser vitreolysis might be a good treatment option for your situation.

Remember, a sudden appearance of a significant number of eye floaters, especially if they are accompanied by flashes of light or other vision disturbances, could indicate a detached retina or other serious problem in the eye. If you suddenly see new floaters, visit your eye doctor without delay.